Our Purpose, Our Mission

With Peter's preaching on the day of Pentecost, "3000 souls were added" to the church.  And of these, we are told: "They continued steadfastly in the apostles' teaching (i.e. the Bible, especially what would become the New Testament), and fellowship in the breaking of bread, and prayer." (Acts 2:42).  These are our glad, foundational practices still today - the Word of God; fellowship, especially meals together; and prayer/intercession. From this solid footing within the local church, we endeavor to "go" with the Gospel and the good works of our Lord Jesus Christ to our neighbors, the community, and to the ends of the earth. (e.g. Matthew 28:18-20 and Ephesians 2:10). 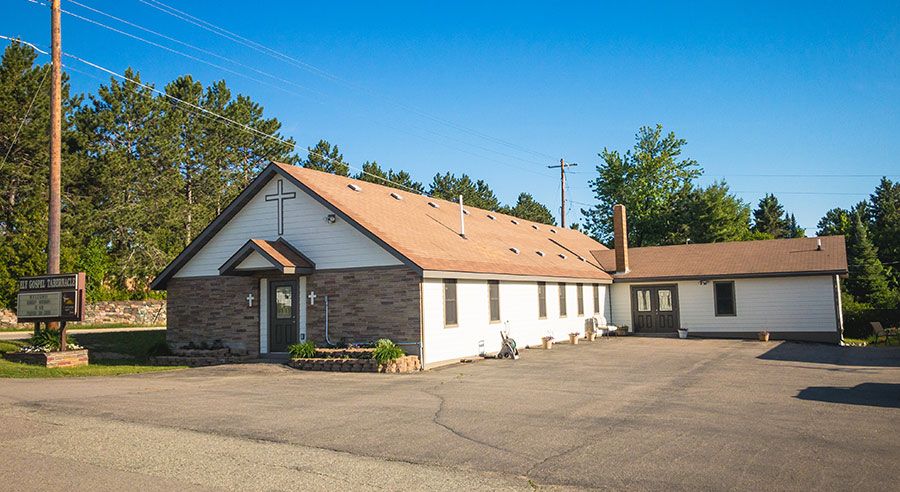 From its inception on July 3, 1952, Ely Gospel Tabernacle has served as a "Missionary and Evangelistic Church".  Planted by lay minister Gust Hallberg of Duluth and a handful of area faithful.

Yet it wasn't until Bible College students, Pastor Morris & Naomi Janssen took up "the work" in 1954 that the church set down roots and began to grow.  And labor in the Lord they did -- Naomi hostess of a perpetually open home and Pastor with a particular gift in personal evangelism, while both drove school bus to support the ministry.  And after faithful sowing and watering, God gave the increase. And their 44 years of full-time ministry yielded a solid church in the Pentecostal tradition.  The Janssens have continued to reside in Ely serving the Lord since "formal" retirement in April 1998.

At that time, Pastor Mitchell Dennis and his wife, Ione, were called to further the work.  While serving only a couple of shorts years, they nevertheless left an indelible mark.  Namely, missions were expanded to account for 20-30% of the annual church budget, a major renovation brought a stand-alone Commons used on a daily basis, and they endeared themselves and still keep contact and friendships within the church.

In August 2000, Pastor Dennis moved his family back to his native Long Island to care for his mother, and his intern, Tim Cook, was licensed to serve in his stead.  After a first career in natural history education, including five years as assistant director of the International Wolf Center, Cook continues to pastor Ely Gospel Church along with his talented wife, Deanne, their five children, and the recent addition of Associate Pastor Burnie Stahl.  The name change from Tabernacle to Church symbolizes the tenor of Cook's nearly two-decade pastorate.  Though still rooted and ground in its Pentecostal heritage, the church today serves a wider swathe within the Evangelical stream of Christianity, without compromising its firm commitment to the local proclamation of the Gospel and generous support of world-wide missions.

Ely Gospel Church is affiliated with Fellowship of Christian Assemblies

About Our Denomination
Statement Of Faith

(218) 235-1142
This email address is being protected from spambots. You need JavaScript enabled to view it.